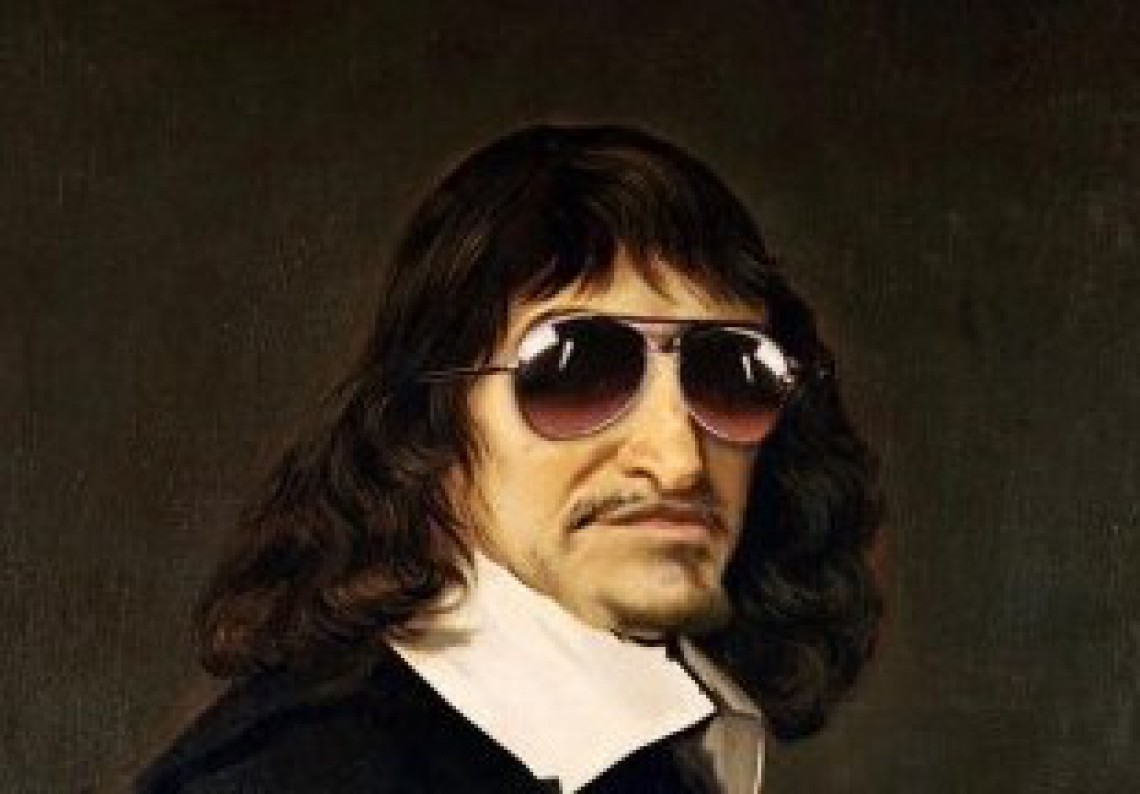 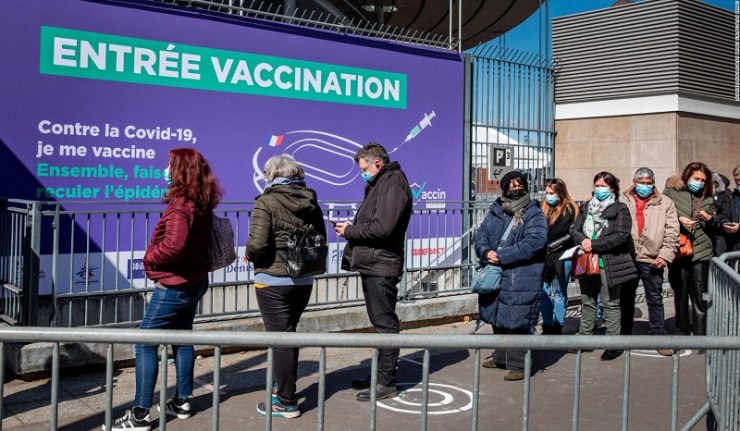 Since it came out, in late October, Alan Greenspan’s the Map and the Territory has been pretty consistently panned. Rather blithely, in fact. The most common criticism levied against the book has nothing to do with the book itself, in fact, but rather with its author, insofar as it makes reviewers’ blood boil whenever the former Chairman of the Federal Reserve Bank writes yet another book that is in fact not a mea culpa. We should be willing to recognize that books are in fact not a platform for apologies, for otherwise, I would be in a position to criticize Greenspan for an overly accommodating chairmanship and robbing me of thirty dollars by selling me a contentless book. Granting that, it appears that a review that focuses more on Greenspan’s actual points might be in order.

While Greenspan’s book doesn’t, unlike a large part of the mainstream literature on the 2008 recession, focus on a single point and denounces it as the root cause of the crisis, it most certainly contains theses that are themselves controversial. Broadly construed, the Map and the Territory can be seen as a reactionary work: reacting to the once prevailing consensus that modelization could guide economic policy; reacting to the belief that the crisis could be ended sooner by more intervention; and reacting to the idea that targeted regulation could prevent another crisis.

Greenspan is never very far from the decisions and the policies described in the book, though he goes through many pains to adumbrate the fact that he actually was chairman of the federal reserve bank for close to twenty years. Thus, for example, while he laments and explains the drop in gross savings that has taken place since the mid-sixties (207), he does not mention that federal reserve bank policy during his chairmanship did nothing to prevent that, and indeed, during the nineties, put pressure on interest rates to keep them lower, which Greenspan might even recognize himself, certainly does not provide agents with any reason to save their income. This bias towards not discussing his own policies can be avoided simply by reading more on his own policies and reframing them within the context of his arguments in the Map and the Territory, where his analysis remains applicable. Another oddity about Greenspan’s writing is the obvious intellectual tension between Greenspan the economist, and Greenspan the chairman. At times extolling the self-correcting nature of the market and denunciating the damages of government policy (Free market imbalances are addressed either by allowing markets to correct themselves through a selling climax, or through government intervention that delays the adjustments, and from my perspective, makes the ultimate adjustment even more problematic. 153), and at others claiming that “the tendency for market prices to seek equilibrium cannot occur if market structure is dysfunctional. (…)the substitution of sovereign credit for private credit is essential to quickly restore market structure” (149), the man appears slightly schizophrenic, but generally falls on the side of being opposed to intervention. But that’s enough concerning Greenspan’s idiosyncrasies for now.

Greenspan’s analysis of the crisis stands out, not because he has found a better way to retell the flow of events that unfolded on the 15th of September 2008, but because he insists on beginning his narrative of the crisis much earlier in time than most Great Recession stories. For the former chairman of the Fed, the roots of the crisis sank into the ground in 1961, with the coming into office of Kennedy, whose economic advisers, foreseeing the government’s ability to shoulder debt reliably, declared efforts to balance the budget a “fiscal drag” (195). From 1965 on, government expenditures started increasing, and social benefit programs became one of the fastest increasing expenses (196). Social benefit programs increasing would not necessarily be in themselves an issue, if not for the problem of their funding, says Greenspan. With the government emancipated from the burden of balanced budget, it started borrowing more, and in contrast to earlier budget surpluses, a deficit appeared in the 1970s that nevertheless had to be funded. This is the crucial element for Greenspan, whose argument is that government funding of benefits has been noxious to the American economy, regardless of its financing. In the case of debt, the government has crowded out other borrowers, raised the interest rates, and thus, private borrowers’ ability to tap into the credit market to fund their projects. And in the case of taxation,  the hike in income taxes that funds benefits results in an overall reduction of household saving in the economy. This being the case because households in the eightieth percentile and above, which pay the brunt of income taxes, also have the highest marginal savings rate, and thus, most resources captured through the taxation of these households would’ve otherwise been saved, and thus, would’ve fed the credit market. These two phenomena conspired, in Greenspan’s opinion, to reduce domestic capital investment by a significant 5 percent of GDP from 1965 to 2012 (once borrowing from abroad is factored in) (208).

From then on, Greenspan estimates that this reduction in domestic capital investment has shown itself in the shape of a slowdown in the rate of growth of productivity as a result of less investment in machinery, technology, etc. Overall dropping from a stable 2.2 percent in the 1970s to a low of 1 percent in 2010, which Greenspan uses to posit an output gap of 1.1 trillion dollars between the world where domestic capital investment stayed constant and the world where it was lowered.

This slowdown in the rise of total factor productivity is what the author blames for the relative stagnation of lower class incomes and the apparent erosion of middle class incomes. With the emergence of a system where the increases in income are tied to specific high-skill activities, such as finance or technology rather than being the product of an overall dynamism of the economy, economic inequalities begin to rise (244), which is where Greenspan’s reasoning appears to pick up the ball where Krugman left it in his discussions of the role of inequality in the 2008 financial crisis.

From then on, the analysis becomes more conventional: rising inequalities leads to an increasing reliance on debt in order to fund consumption and housing, particularly among poorer households, which brings forth the emergence of the subprime loan as an increasingly substantial category of credit in the early 2000s. Around the same time, advances in securitization allowed these subprime mortgages to be sold in a palatable form to many investors, as these new assets, due to their structure, began to appear safe, and were rated, not in full knowledge, as such. As Greenspan explains, this didn’t alleviate the economic inequalities that were present, and political pressure led to pressure for government sponsored mortgage companies to extend credit to an even greater number of low income individuals through even more lax standards. But soon enough, the delinquency rate on these  lower quality loans started to increase, and losses started to pile up. Financial actors descended into a spiral of fear when they realized how toxic their assets were, and how much they were losing, they became wary of lending to anyone who held a significant stake in the subprime market, which at the time was just about everyone. The short term interbank lending market froze. With that, financial institutions became unable to meet their obligations as losses mounted and no credit was in sight, which triggered the bankruptcies that shook the news and began the recession (66).

Of course, this itself does not fully explain the scope of the crisis. For  how could one then explain the waves of defaults on credit in the past that hadn’t had such drastic consequences? The answer is leverage, or more precisely, the increased level of leverage that was prevalent right before the  crisis. This issue leads Greenspan to one of his central points, namely, that “the willingness of many financial firms to allow their tangible capital, at the height of a boom, to become razor thin was a folly largely explained by herd behavior and an underestimation of the ephemeral nature of market liquidity”(92). These are manifestations of what Greenspan calls animal spirits.

This much concludes Greenspan’s inquiry into the roots of the 2008 crisis, but does not, however, nearly signal the end of his work. Another central concern of his is, of course, the proper response to this crisis, and here, in the face of his inability to model these animal spirits, Greenspan first gives up on the idea of regulation targeted at specific classes of assets. But more preoccupying to him is the enactment of legislation such as the Dodd-Frank act, that singles out businesses as systematically significant, giving those businesses the air of carrying an implicit government guarantee that manifests itself in an undeservedly lower interest rate for these companies’ borrowing needs (264). Finally, bailouts and stimuli have, in his opinion, prevented the markets from properly liquidating and dismantling their bad holdings. There are still companies that are judged dangerous, and which would have failed if not for the intervention of the government. Thus, uncertainty remains within the market as it does not yet look like all dangers are past. This, Greenspan explains, is the cause of the very low levels of capital expenditure (and thus, job creations) that have defined the recovery from this crisis, for why would someone want to invest in a distant, possibly dangerous future? Overall, for Greenspan, government intervention can only introduce issues in the market, be they moral hazard or mere uncertainty. Nevertheless, he does stand besides two particular recommendations: raising capital requirements to avoid such exuberant leverage in the future, and promote the issuance of contingently convertible debt that can be transformed into equity in case of emergency.

The remainder of the book focuses on particulars such as the expected but never delivered cultural change that was supposed to lead the eurozone to stability, or Greenspan’s impression of the best policies that could be pursued in order to resolve the United States economy’s seemingly ingrained savings problem in order to once again foster investment and productivity.

A more crucial question remains, and that is one that must be raised in opposition to Greenspan’s emphasis on so called animal spirits as the primary cause of the magnitude of the crisis of 2008. Greenspan explains that bubbles are fueled by the gradual entry of all those who are skeptical of the bubble into the market, until the point where there is noone left to enter, and thus, noone left to fuel the growth in asset values that comes from people who want to “buy in”. He calls this the Jessel Paradox, and puts it forward as an example of animal spirits creating bubbles by fostering enthusiasm (70). But only a page later, quotes Charles Prince for saying “ When the music stops, in terms of liquidity, things will be complicated. But as long as the music is playing, you’ve got to get up and dance. We’re still dancing”(71). Thus emerges a far different picture than one of mere exuberant enthusiasm in the infinite rise of asset values. Prince’s remark, on the contrary, puts forward the idea that bubbles are created when financial actors join in out of a desire not to be left out, because they recognize that the bubble is a tremendous source of profits, and that they would get fired for not pursuing these profits. Here, it is cynicism that emerges, for no happy ending is anticipated, except for the hope that assets can be liquidated before the bubble bursts. Rather than the story of Jessel, the appropriate metaphor here is that of the game of chicken that James Dean’s character plays in Rebel Without a Cause: there are two drivers, speeding towards a cliff, and the first one to get out of the car loses. Just as it turned out in the movie, sometimes, people don’t get out in time.